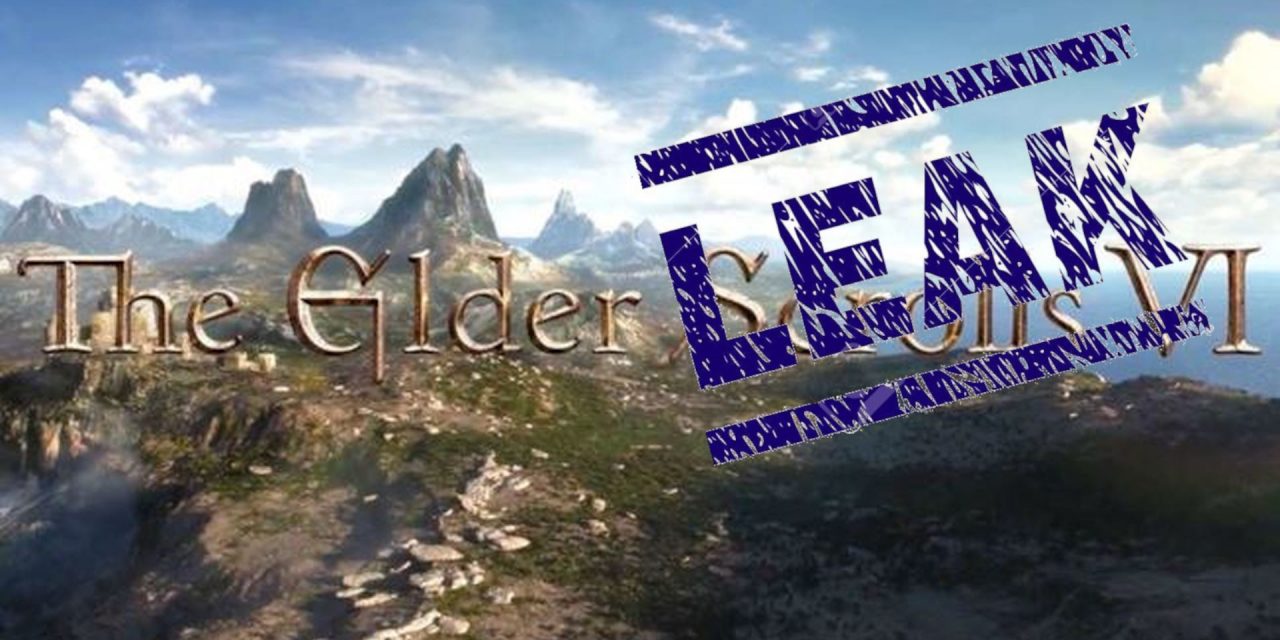 “Most of you have guessed right, it takes place in High Rock and Hammerfell. But the twist is that the landmass you see in the trailer is actually Yokuda, the archipelago remnants of the Redguard’s homeland. We’re really excited about this because High Rock hasn’t be really explored since Daggerfall, and Hammerfell has a ton of interesting lore that’s really shaping quests and plot lines. So many players seem to think that High Rock is just generic medieval fantasy, but the truth though is that Arena and Daggerfall were both more closely inspired by DnD, and as a result leaned into that generic fantasy a bit more. Our approach to High Rock is going to be more closely leaning into Mark Jones’s various concept work from Battlespire. Still a bit close to the typical medieval fantasy, but it’s got a really unique style that a lot of us are passionate about. High Rock is shaping up to be really interesting and it really scratches the itch for a mystic world. A lot of the quests revolve around political intrigue and making advancement in magic. Hammerfell is shaping up to be pretty great too, though honestly you can probably tell I’m a bit biased.”

“The main quest revolves mostly around Direnni Tower (aka the adamantine tower), which is still operative. Thalmor are obviously involved because asshole elves wanting to unravel creation itself are still asshole elves wanting to unravel creation itself. Hammerfell and High Rock tensions are heavy though, which is a weakness the Thalmor are exploiting to the best of their ability. As you all know, the title is Redfall, so a lot of that has to do with Hammerfell being threatened.”

“Procedural generation rumors are largely false, that’s not how the company today works. Both Todd and Ashley are fans of the “hand crafted” method when it comes to game design. If Julian Lefay were still here, maybe things would be different. The only way that’s actually being implemented is in quests. They’re developing a system similar to the radiant quests, but on steroids. As time goes on, people run into problems and need help. Sometimes someone’s child will get kidnapped, or a thief breaks in and steals a family heirloom. A lot of it is related to the “radiant AI” Todd boasted about during the Oblivion era, the difference being that NPCs don’t just devote their lives to acquiring as many calipers as possible and get themselves killed because they went around trying to steal them. NPCs have jobs, they earn a wage, and they spend that money how they please, be it a crazy night at the tavern, a gift for a friend or lover, a pet, or a new article of clothing. Some turn to a life of crime depending on their financial situation or their own morality. So most experiences will be fairly unique, yes, but it won’t be because the world is completely different just because you started a new game. And obviously plenty of NPCs will be hardwired to be in certain places or act certain ways based around plot points, or important quests. Daedric quests, for example, will always be include the same characters asking the same things every time.”

“Todd’s “we don’t have the technology yet” comment a few years back was speaking about how we intend to have a world with no loading screens, save for entering dungeons, the player home, and fast traveling. Every city is to scale and doesn’t require a loading screen to enter. The only reason the player homes will have loading screens is because we’ve seen how many of you like collecting ass loads of gems, skulls, sweetrolls, cabbages, etc. and we don’t want those bringing down the frames in a town or city just because you decided to be weird. It’s also much easier for you to decorate your home more easily and not lose stuff because they might clip through a will or something.”

“Since a lot of the quests around High Rock involve magic in some way, the spells you can have are getting beefed up. I think most of us can agree some schools were fairly useless or extremely underpowered for much of the game (alteration, conjuration, restoration, illusion). A ton of new spells are being added and inspiration is being taken from well known mods like Phendrix. Alteration isn’t just magic armor and paralysis spells, it actually allows you to alter the reality around you, so you can pull up giant spikes from the ground, open locks, disarm traps, slow people down, and even fix armor and weapons (item condition is making a return). Illusion is more than just calm, fury, fear, muffle, and invisibility as well, like in Oblivion it can be used to convince people you’re trustworthy or even fool them into thinking you’re someone they know (definitely not inspired by it since we planned this long before the game came out, but it can work similarly to the disguise thing you get from the scientist in The Outer Worlds). It can also be used to more or less hypnotize people later on. Restoration, though, is probably getting the biggest changes. It’s now more than just turn undead spells and healing, they’ve actually taken a bit of inspiration from Dark Souls’ approach to miracles and faith builds, to better suit a paladin type of character. Sunlight is a big feature in restoration now and has offensive spells that can blind enemies, burn them, stun them, and in one case even cause disease damage, though they’re mostly effective against undead and daedra, to make them more balanced and not replace destruction. Speaking of destruction, you can now temporarily buff weapons with frost, shock, or fire damage. Spellmaking returns, as well as my absolute favorite magic from Morrowind: levitation.”

“There’s a lot of talk around the crafting system, they’re doing a lot of work on it. I don’t know too much but expect it to be similar to Fallout 4’s. You can modify weapons so they can be more specifically suited to your tastes. You can make a mace extra heavy or add spikes a la a morning star so it can cause bleed or armor penetration. You can somewhat customize them as well from what I understand, making a sword slightly longer at the cost of attack speed, or keeping it slightly shorter so you can swing faster. You can modify hilts so you don’t get disarmed easily or make certain cosmetic choices, like if there’s a jewel in the pommel and such. Armor is similar, so like in Skyrim where you might’ve had a male and female version of the iron helmet with different horns, now you have a choice on if you even want horns and what kind. I haven’t seen a whole lot but it reminds me of Automatron, where you start with a base robot and customize it from there, except now it’s like starting off with the basic shape of a helmet and fitting features to it. It’s interesting and I’m excited to see where it goes.”

“Guilds/factions are getting tuned up. A lot of you know Oblivion’s factions were really fun, and a lot of that came from their characters and how much a part of it you as the player felt. Skyrim obviously had a lot of faults in its guilds. The Dark Brotherhood is probably the strongest, but needed more unique contracts. The Thieves Guild departed from their previous Robinhood-esque feel of defending the less fortunate and took on more of a mafia type of vibe. The College was over very quickly and the Companions were fairy uninteresting. So the guild quest lines will be longer and generally more interesting. The Thieves Guild will most likely return to their decent moral state of helping the poor and feeling more like a family that sticks close together in a “us against the world” type of vibe. The Dark Brotherhood is making a return as implied by Skyrim. They’re starting to expand and gain power again, and interestingly enough the new base of operations is no longer in Cyrodiil or Skyrim, but has relocated to High Rock after the chaos of the civil war and the Aldmeri Dominion trying to rip Skyrim a new one. The Fighters Guild makes a return and is struggling to operate under the high tensions between High Rock and Hammerfell. The Mages Guild is long gone, so the court mages of the various towns and cities in High Rock are attempting to unite in an association of their own, and are trying to operate an academy dedicated to the pursuit of magical knowledge as well as alchemy (which is also getting a huge buff so it’s not borderline useless like in Skyrim).”

“And because there’s so many political themes, vampire guilds see the light of day for the first time since Morrowind. There are different kinds of vampires, each with different focuses and made for certain players, similar to the great houses in Morrowind. Some are focused on the pure vampiric might and live to tear the there apart and feast on their blood, growing stronger based on who’s blood they drink as well as how often they feed, and can shape shift into the vampire lord form, just with a melee focus. Another type focuses on mage types and heavily leans towards infiltrating various courts and politics to subtly further their agenda. They gain excess to a powerful form of blood magic and have a sort of arch of power depending on when they feed, they get more powerful as they grow in hunger but eventually reach a point where it causes them to act mad, so NPCs will recognize you as a vampire and attack you on site. And the last one focuses on stealth characters. They gain powers (i.e. not spells, powers) that can make them invisible (more powerful than a typical invisibility spell) and the ability to “fly” (aka levitation), which can aid their sneaking.”

“DLC hasn’t been planned yet, because it’s usually based off of ideas individuals have after the game is complete or things we wanted to implement but couldn’t after deadlines. With that said, expect some pretty cool stuff. A lot of us are brimming with fantastic ideas and we shoot them around at meetings only to have them written down for possible use later.”

“Release date is completely unknown at this point, expect a 2025 release, probably around November since that’s the trend.” 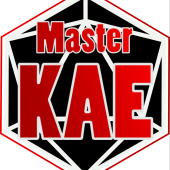 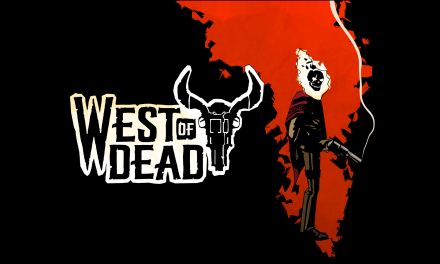 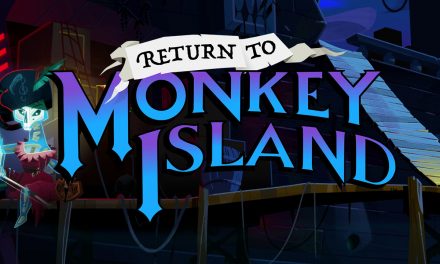 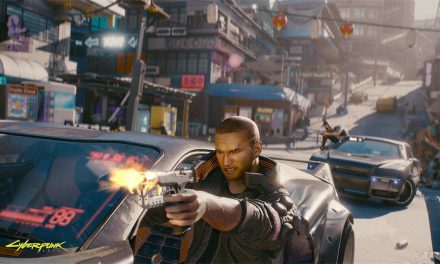 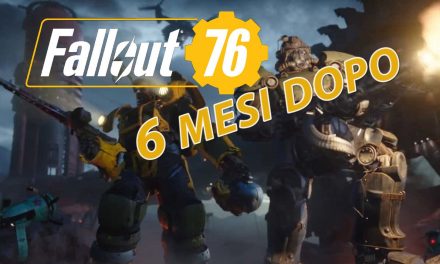 You have Successfully Subscribed!

If you disable this cookie, we will not be able to save your preferences. This means that every time you visit this website you will need to enable or disable cookies again.

Please enable Strictly Necessary Cookies first so that we can save your preferences!